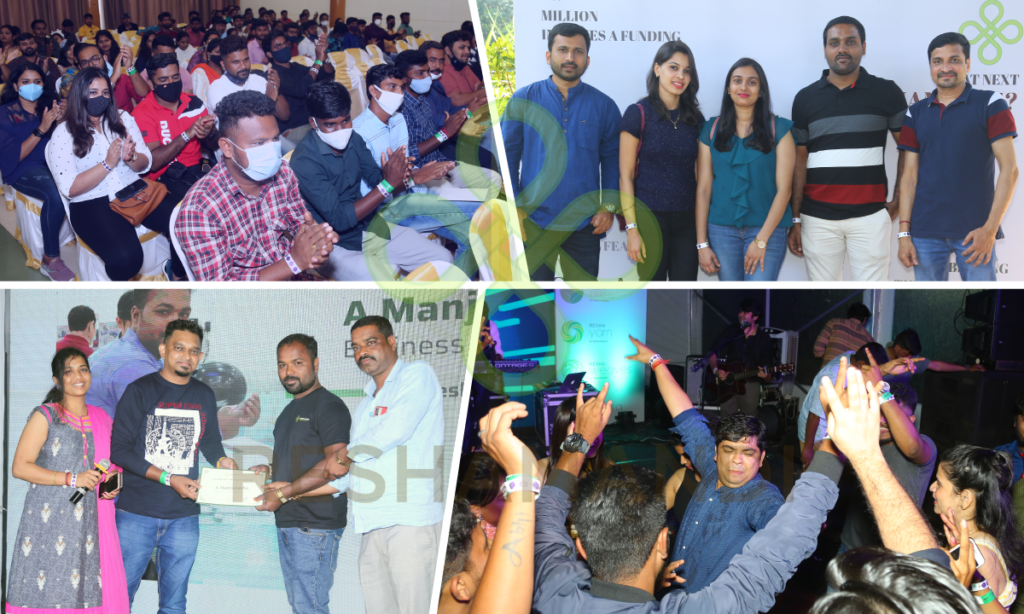 There were several people running around impetuously at around 7 AM at the gorgeous Club Cabana on the 21st of October. Cars and buses were pulling up, many just out of curiosity and some entering venue for what is to come, The grandest day for ReshaMandi…yet.

When ReshaMandi was entrusted with around 30mn in a Series A funding led by Creations Investments, It was the result of impact created by ReshaMandi. But now, it was about being the change Indian silk industry needed and more.

This RESHASAMVAAD was not another corporate training program painted as a fun event, it was about thanking the catalysts of change, the humans of ReshaMandi and their families, the relations, and It was the celebration of what is to come.

Once the employees started coming in with their families, they were welcomed with gift bags that contained silver coins and other goodies as a token of thank you. Then our Co-Founders Mayank Tiwari, Saurabh Agarwal, and Utkarsh Apoorva addressed them.

Mayank, CEO, and Co-Founder emphasized the new tagline of ReshaMandi ‘Relationships Matter’ while thanking employees for taking the company where it is. Also thanked their families for supporting them.

Thanks for supporting the people who are working for ReshaMandi, because that’s more important

Mayank Tiwari, Co-Founder while addressing the families of humans of ReshaMandi

Saurabh, our CTO, and Co-Founder explained what is to come, HRMS, a one-stop solution for everything an employee needs in terms of KPA, requesting hikes, promotion, reimbursement, and much more. Then teased upcoming promotions and hikes.

We’re going to rampantly accelerate hiring, so for that, we are launching careers.reshamandi.com. As of today, we have 170 openings, so let’s spread the word to your friends and family. Let’s get your family into ReshaMandi family

Saurabh Agarwal on what’s coming in terms of hiring

Utkarsh, CBO, and Co-Founder spoke about how textile industry has been in India for 3000 years and silk being the queen of textiles. Yet, no noticeable disruption apart from Reliance had happened until ReshaMandi came along.

When we say we want to be the next Reliance, we mean it.

Utkarsh Apoorva, about his vision for ReshaMandi

Fun and Family – Core of The Event

It’s already said that ReshaSamvaad 2021 was all about people who support the people who support ReshaMandi. So, our venue had something for everyone. To cool off on a hot day, the venue had a wave pool, a lazy pool, safe pools for kids. And for the adventurous type, we had a paintball arena to battle it out, archery, and gun range for shooting enthusiasts. These amenities along with a bowling alley, foosball, snooker, and table tennis served as a much-needed break to spend quality time with their friends and families.

When the sunset, along with the sky’s color, mood of the venue also got more friendly, fun, and eventful. The evening started with hilarious Rahul Dua’s stand-up where everyone had a total blast. And then was the time for some firecrackers to light up the event even more, as the Co-Founders and their families entered the venue.

As traditions go, It was time to celebrate the employees and their families who created a maximum impact on ReshaMandi’s outlook as well as to thank those who have been a part of this exhilarating journey from outside.

To have raised a whopping 30mn which is the highest ‘Series A’ funding raised for a B2B marketplace in India, ReshaMandi has shown that promise and potential of success to our investors. Relentless work done by employees and their families was rewarded.

Creation has been the buzzword in ReshaMandi, and it is well justified when the company is working towards creating a next-gen silk supply chain for the largest consumer of silk in the world. From 21st October, as ReshaMandi entered a new phase, it got a new face as well. To reinforce that, our special ops head, Krishna Maniyar launched new logos beautifully infusing the theme of creation, into all our logos for the subsidiaries of ReshaMandi.

Starting with ReshaFarm, our Agri-business vertical that has been helping silk farmers for over a year. The logo represents everything that comes under Sun related to agriculture, it’s the world of opportunities out there, and ReshaMandi is going to take it.

ReshaYarn, ReshaMandi’s subsidiary that has been supporting reelers and weavers is spread in all 8 directions of Bharat, In Mahabharatha 8 is a significant number, it represents the 8 directions any creation flows in.

The beautiful logo of ReshaWeaves is lotus, which can be seen in hands of the creator Brahma and the preserver Vishnu. Multiple petals represent the multiple designs and departments coming together to make one beautiful product, This is where silk takes its ultimate form, a fabric that is adorned by millions.

ReshaMudra is ReshaMandi’s new venture, our next effort in creating a complete silk eco-system. It is our FinTech created to assist all the stakeholders of the silk industry. It is essentially the currency of ReshaMandi

What do you get, when a team hungry for growth comes across a vast world imploring for solutions? Yes, infinite opportunities. In the words of the man who created our logo, What is the biggest number one could think of? Yes, Infinity (∞), what is bigger than infinity? 2 infinities. And that is the ReshaMandi logo, 2 infinities infused.

Music to The Ears and More…

As the event approached its end, it was time to switch on the party mode. And party, we did. There was food, there were friends, what more do we need? Oh yeah, the clouds were setting in for a heavy pelting. As discussions got louder, so did laughter, and thus continued the celebration.

The beautiful weather begged for some music and the amazing band of Krishna Pandey was already set to make the event more memorable and as they played some great music. Our excited employees were already on the floor dancing. But rain had other plans, that night, Bangalore received 3-4 hours of heavy rains. When an entire company that thrived and grew during the biggest pandemic the 21st century has ever seen, Rain was just a minor step back. The party shifted indoors, and the humans of ReshaMandi danced for another hour and a half to muster up their hunger for the feast that was waiting for them.

By the time, everyone left the venue. They knew they had created something beautiful again. Only this time it wasn’t the fastest-growing B2B marketplace in India but a beautiful day to remember.

Click here to read what happened at the first 3 ReshaSamvaad events. 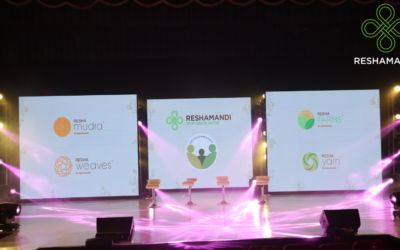 ReshaSamvaad: Celebrating Milestones and Preparing for the Road Ahead 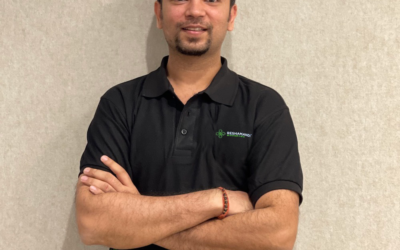 The company that changed my perspective about start-up:ReshaMandi 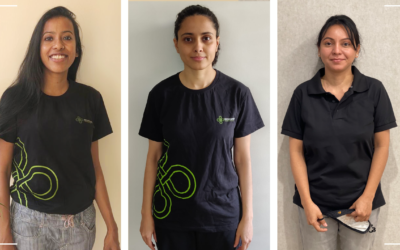 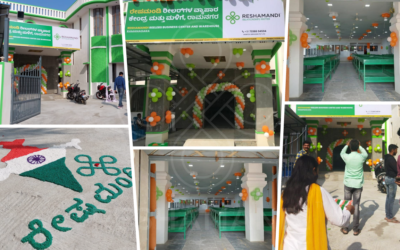 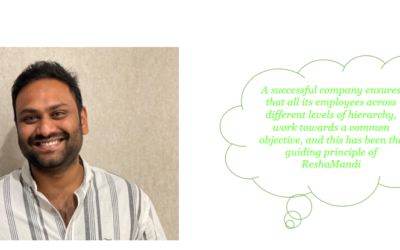 Taking the Silk Route-Ahead: A Road Less Traveled, Making all the Difference